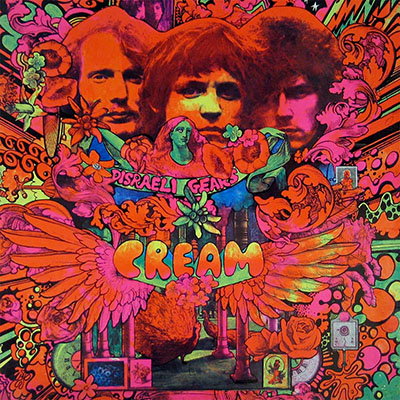 Many of you will have heard of Oz magazine, know about the obscenity trial in 1970, and possibly even know the name of its editor, Richard Neville. But how many of you have heard of Martin Sharp?
Australian Martin Sharp came to England via Nepal in 1966, eager to escape his pedestrian upbringing and enter the hippie culture. Shortly after his arrival in the UK, he and Richard Neville started the groundbreaking underground magazine Oz. What set Oz apart from other underground magazines such as IT and Rolling Stone was not only its editorial content from contributors such as Germaine Greer, but also Sharp’s outstanding artwork.
Martin threw himself into sixties life and quickly rose to be a cult figure. He frequented all the cool clubs like Middle Earth and the Speakeasy, took copious amounts of LSD and dope, and enjoyed the freedom of the sexual revolution. He shared a house on the Kings Road, The Pheasantry, with Eric Clapton for a while, and co-wrote Tales of Brave Ulysses, for which he is still receiving royalties. He also designed the day-glo cover of Disraeli Gears.

It’s his psychedelic images and innovative typography that he is rightly mostly remembered for. His vibrant colours and organic lettering may not be in vogue at the moment, but I think they have stood the test of time.
You can see some original Martin Sharp artwork in the 20th century galleries of the V&A.