A cultural desert? Not in my book.

People think the 1970s was a cultural desert, but Glam, an exhibition of popular art of the early 70s now on at the Tate Liverpool, proves otherwise.

The start of the exhibition showcases British posters, album covers, magazine spreads, videos and clothing of the time. Brian Eno’s outfit by designer Anthony Price is worth the entrance fee alone.

This room really evoked memories for me: the artists I loved ( David Bowie and Roxy Music in particular), the clothes I wore ( Biba skirts, platform shoes) and the events that were on at the time (you could see the New York dolls at the rainbow rooms for £2.50).
Men in make up proliferated. Homosexuality had not long been decriminalised, and gender exploration, led by Bowie, was de rigeur. 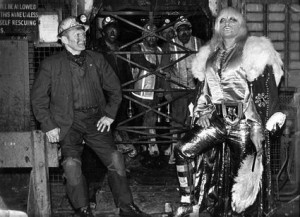 Even wrestlers from mining stock did not escape this cultural phenomenom, as this photo of Adrian Street with his father shows.
Art schools were very much influenced by Glam, and some of the better known alumni of the time include the musician Bryan Ferry (whose tutor at Newcastle was none other than pop artist Richard Hamilton), fashion designer Ozzie Clark and textile designer Celia Birtwell (shown here in this Hockney painting). 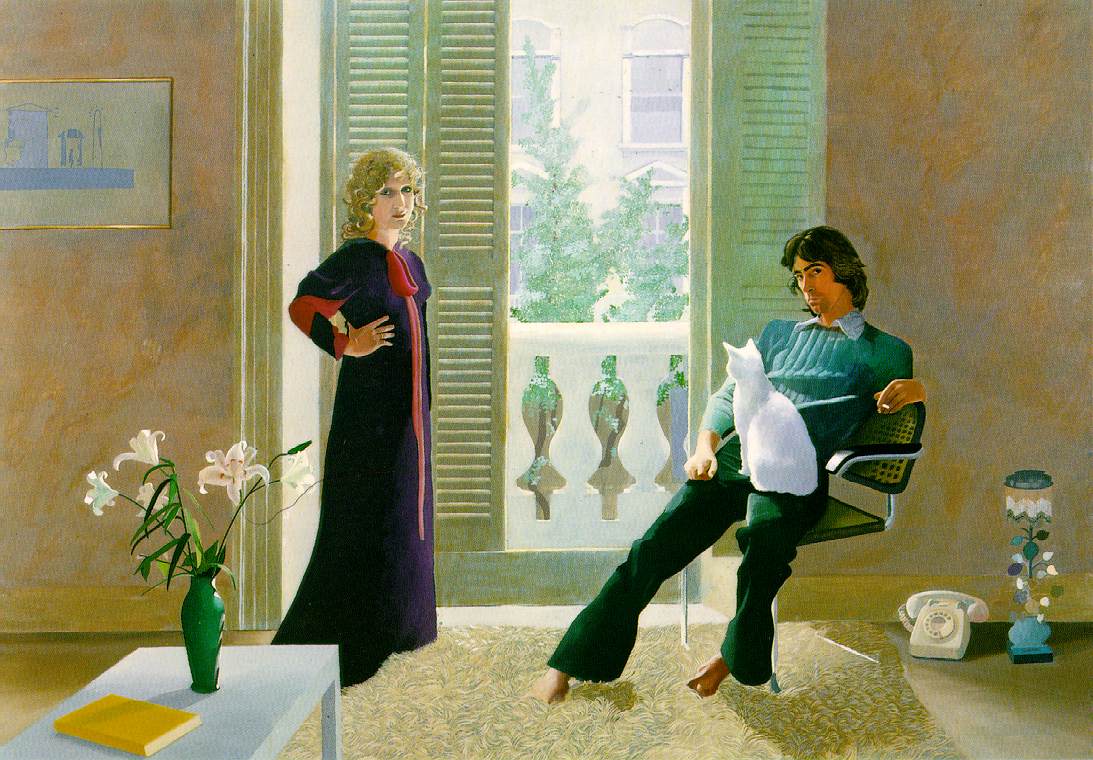 The Glam period is very much associated with camp, and art produced at this time reflected that: Allen Jones’s fetishistic furniture started the ball rolling in 1969, Gilbert and George followed shortly afterwards by declaring themselves ‘Living Sculptures’, and Patrick Proctor painted mannered pictures of his muse, Gervase.

The second part of the exhibition is devoted to American Glam, epitomised by Andy Warhol and his associates at The Factory. Musicians in vogue included The New York Dolls, Velvet Underground, Iggy and the Stooges, Alice Cooper. Transsexuals and drag queens featured prominently. I didn’t find this part of the exhibition particularly captivating.
Glam was a stark and welcome contrast to 1970s austerity (does anyone remember the 3-day week?) And Slade, Suzy Quattro, and Sweet lifted the mood for those of us lucky enough to be teenagers at the time.
You can catch Glam: The Performance of Style at the Tate Liverpool until 12 May 2013. Become a member of Guardian Extra (it’s free) to get 241 tickets. 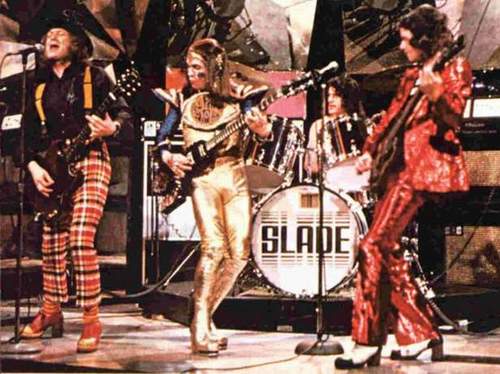