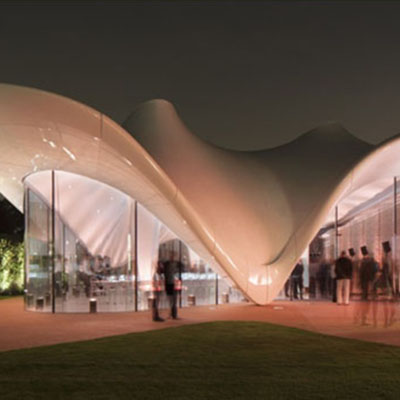 There’s a new venue in town not a million miles from the Serpentine Gallery in Kensington Gardens: a short hop up the road brings you to the Serpentine Sackler Gallery. 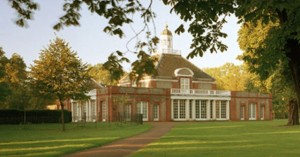 The main exhibition area is housed in the old Magazine, built in 1805 and formerly used to store gunpowder. There are fireworks of a different kind inside though, as it’s currently hosting the controversial ‘new’ Chapman brothers exhibition ‘Come and See’.
What you notice first as you approach the site is Zaha Hadid’s amazing new extension. 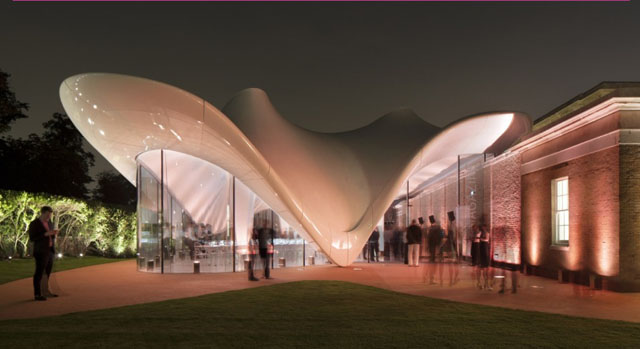 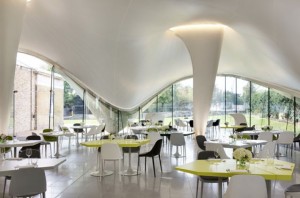 From a distance, this looks slightly out of scale with the rest of the surroundings (too small for such a grandiose design) but it’s absolutely amazing close up, and has a lovely feel when you’re inside it. If you’re feeling flush, treat yourself to a Japanese fusion style meal. If you’re not, make sure you have a cappuccino at one of the many coffee bars around South Kensington Station like I did!
‘Come and See’ is a compilation of Jake and Dinos Chapman’s work, some of which has previously been on display at the Tate and other galleries. The exhibition starts with several tableaux from their ‘Hell’ and ‘The Sum of All Evil’ series in which grotesque and violent scenes are depicted using tiny plastic models (including nazi soldiers and Ronald McDonalds’). It continues with examples of their paintings, drawings, prints and sculptures, and also features a film.

Dotted round the gallery, and seated in the cinema amongst the visitors, are life-sized models of Ku Klux Klan members. They are ominous, but the Chapman brothers have given them smiley badges, stripy socks and Birkenstocks, which make them into laughable figures.

The exhibition is free to enter and runs until 9/2/14. I’d definitely recommend a trip. Whether you like the work or not (my partner described it as ‘rubbish’), it’s thought-provoking and will spark some lively discussions about art, consumerism, war and much more.