A masterclass in marketing 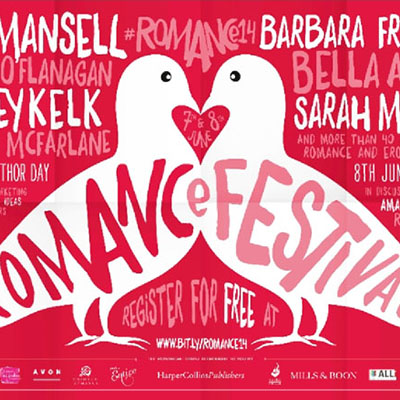 At last night’s Bookmachine event for people in publishing, Sam Missingham, Head of Events at HarperCollins, spoke about her most recent venture: the Romance Festival. Romance is not a genre that I read, but I found the talk fascinating as it demonstrated the power of social media. 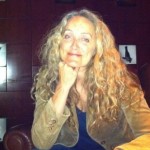 This is something Sam knows quite a bit about – her various Twitter accounts have over 100,000 followers. There were plenty of good solid marketing tips too.
The objective of the festival was to engage with both fans and authors (not just HarperCollins ones) of romance and provide a virtual event that was fun, engaging and raised the profile of the books and authors.
The first step was to set up a visual identity for the festival, one that looked like a real festival and got away from the cliched image of romance. I think the designer did a great job here, and love the way that you can still see a prominent crimson heart. 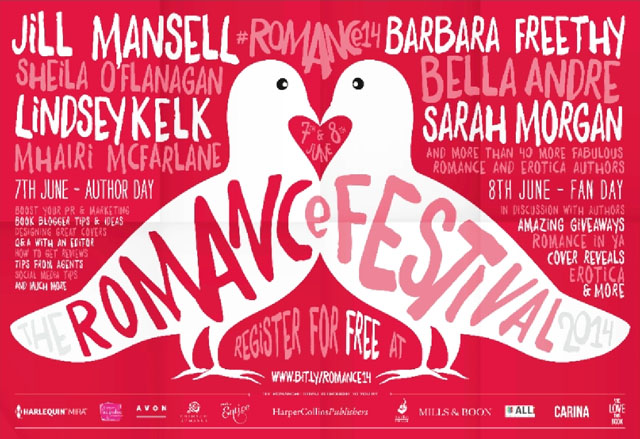 Pre-event marketing was done with a HarperCollins email list – ‘the most useful marketing tool’ – and a buzz was created with twitter. As other authors and publishers like Mills and Boon and sites such as Goodreads got on board, the publicity snowballed. A WordPress site with blogs, author Q&As and interesting content was set up and a Spotify playlist was launched.
3 main channels were used during the festival itself: twitter, facebook and Google Hangouts, so there was a real mix of content. The first day was a professional development day for aspiring authors and the second day was an opportunity for fans to find out more about and engage with their favourite authors (over 100 were represented). There were also lots of book giveaways and prizes.
The festival created masses of interest, and databases of relevant readers for publishers. I know they will be following up with items of interest for these readers which will no doubt result in increased sales – a good result for all of us in the industry.