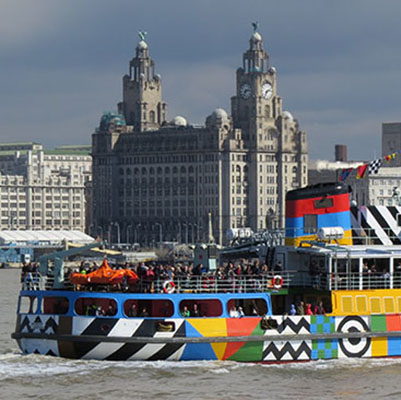 On a recent trip to Liverpool, I drove to Seacombe to see Peter Blake’s Snowdrop Mersey Ferry, but nothing had prepared me for this riot of colour. 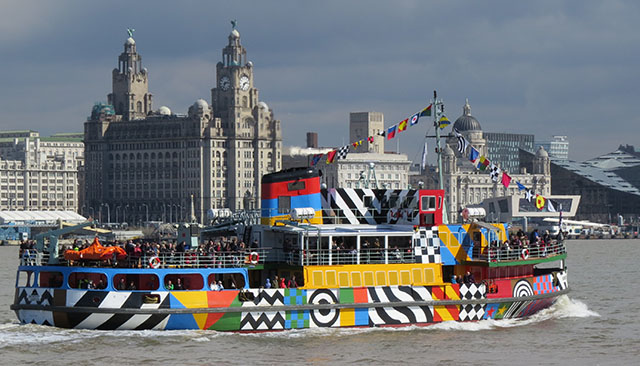 Blake had been commissioned as part of the WW1 centenary commemorations when the practice of ‘dazzling’ was fist discovered. Painting ships in striking patterns was thought to confuse German submarine captains; the ship would be visible, but they would be unable to tell whether it was coming or going, or whether it was friend or foe. 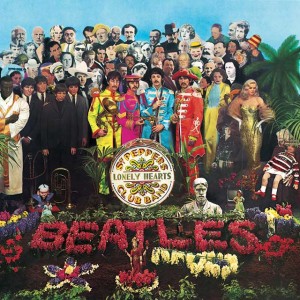 Peter, though not an official ‘scouser’, has long been associated with Liverpool in my mind – mainly because of his design for the Beatles Sargeant Pepper album and his prominent place in the Pop Art movement in the 60s. He was also the recipient of the John Moores Painting Prize back in 1961 against stiff competition – Lucien Freud and David Hockney were also contenders. (Hmmm … not sure if the awarding body made the right decision there!) The Mersey Ferry’s signature theme tune of ‘Ferry ‘cross the Mersey’ has been suspended for 2 years, to be replaced with ‘Everybody Razzle Dazzle’.
Liverpool is not the only place where you can see dazzled ships right now; here is one that I spotted from the South Bank a couple of weeks ago, painted in a more authentic style. 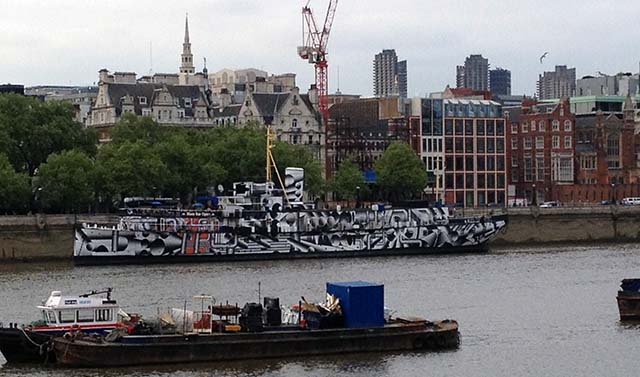 So, if you can, get yourself up to Liverpool to see this wonderful example of art (or is it graphic design?), which will only be there for 2 years. While you’re up there, there’s plenty more to do … but I’ll save that for another day.