Designing with a non-Roman alphabet 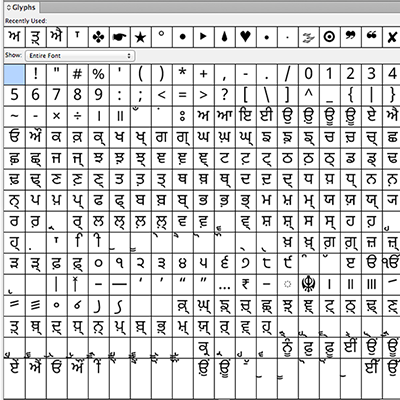 I know a thing or two about typography; I’ve studied, read about it and practised it for more than 30 years. I can talk endlessly about fonts (as my long-suffering family will tell you) and I know which target audiences certain typefaces will attract or repel … when it comes to the Roman alphabet (the alphabet used for many modern languages, including English).
But what if the alphabet is a different one?
Recently I was approached by an entrepreneur who had a great idea for an educational product. Some of the elements of this product involved using Punjabi script. This was a challenge for me – how would I even type it in?
I did some research on the internet. I wanted a font that was clear and legible, yet also quite pleasing to the eye. This was one of my favourites: 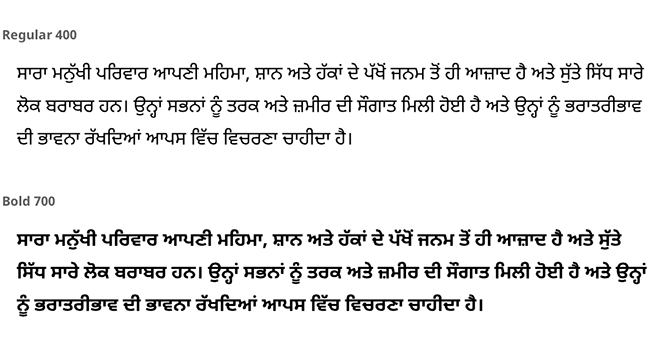 I also found a way of ‘typing’ the script; I would call up my Glyphs palette and click on each symbol to produce the word required – not nearly as easy as it sounds, and incredibly time-consuming.

Look at the script above: do you think it would appeal to men, women or children? Is it workmanlike, sophisticated, humorous, friendly or professional? Modern or traditional? I know the answers to some of these questions but not all. I tried to find a Punjabi speaker to collaborate with on this project but was not able to find one quickly.
I’m not easily defeated and it was bugging me that I couldn’t help my prospect. Reluctantly I advised her that she may well be better off finding a British designer fluent in English and Punjabi. They would they be able to type in the words quickly, easily and correctly. More importantly, they would have ability to interpret whether the script is suitable for the group the product will be marketed to.
I’ve talked often enough about how companies should not use design imports that show no typographic sensitivity and are unsuitable for the British market – now it’s time to practice what I preach. Next time, though, I will be looking for a collaborator!